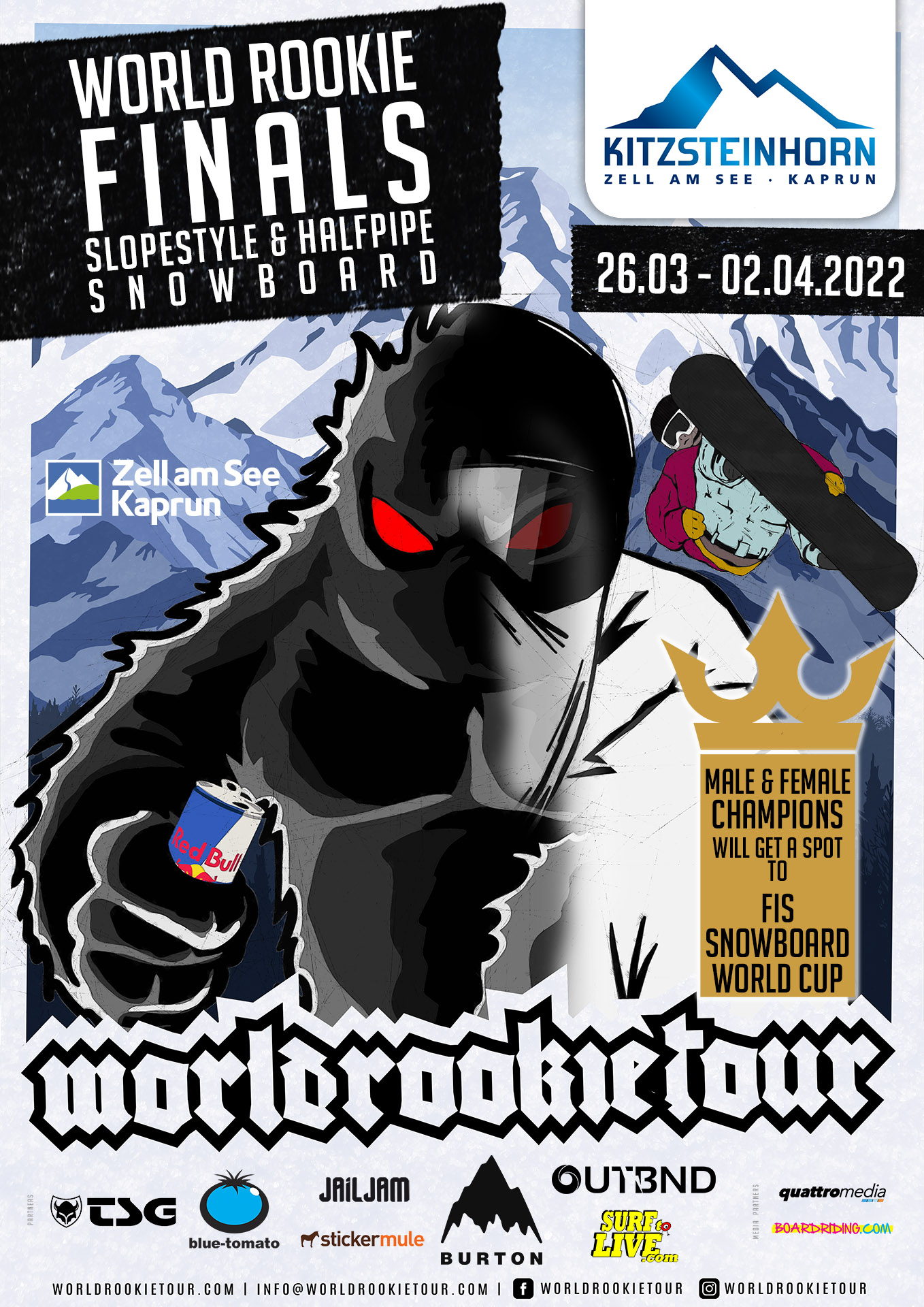 The Rookie Tour crew traveled again all around the world to find the best snowboard freestyle youngster and give them a spot in the World Rookie Snowboard Finals at Kitzsteinhorn – Kaprun/Zell am See, Austria. The Black Yeti is looking forward to welcome the next World Rookie Tour Snowboard Champions.

Only the best young guns from the previous World Rookie Tour stops will join this legendary event. As always the winners of the World Rookie Finals will be awarded with incredible prizes: wildcards to World Class Events such as the Red Bull Hammers with Homies international finals in Madonna di Campiglio, invitations to Red Bull Special Experience, Surf Camp by Surftolive.com and many tickets to next season World Rookie Tour events.

Last but not least, the World Rookie Tour extend its important partnership with FIS which will increase significantly the 2022 World Rookie Finals prizes:  all the 2022 rookie champions, snowboard freeski, male and female, will be awarded with a personal spot for the 2022.23 FIS World Cups.

Takeru Otsuka, Evy Poppe, Sven Thorgren, Kokomo Murase were just some of the previous WRT Champions and started their carrier at past Black Yeti’s finals. Who will be the next snowboard stars?

From the 26th of March to the 2nd of April riders from all over the world will gather in Austria for a unique sports and lifestyle event in a great international scenario.  The program of 2022 World Rookie Finals will include World Snowboard Tour Slopestyle and Half Pipe contest and many lifestyle activities: social dinners, workshops with Viva con Aqua, Save Shred, Monepic Workshop and more.

You can check the rookie ranks here:  www.worldrookietour.com/rank

REGISTRATION AND ENTRIES
Online under: worldrookietour.newcommerce.tirol till latest 23.03.2022