The first edition of the 2019 World Rookie Finals Freeski is getting closer and Seiser Alm is looking forward to seeing and hosting the future pros of freesking.

From the 18th to the 21st of March the most prominent athletes and the winners of the previous stops in USA, Italy and Austria, and the best skiers of the official national qualifying series in Europe, will have the chance to compete in the amazing Seiser Alm snowpark, on the same premium slopestyle facility of the FIS World Cup, built by F-Tech, one of the best shapers’ crew in Europe. 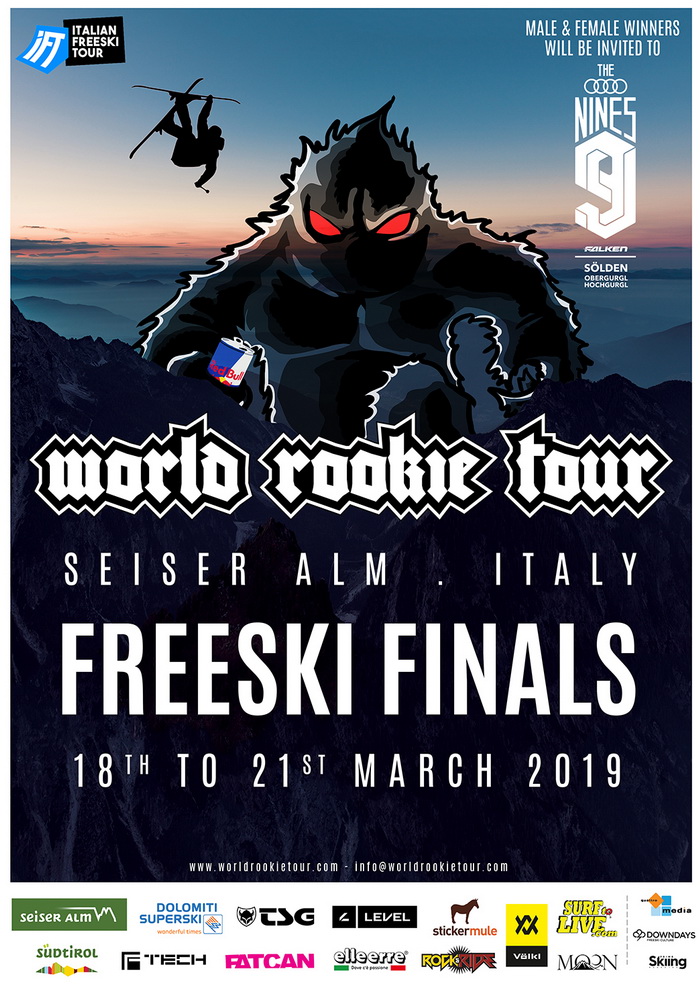 The prize money of this event follows the path of the World Rookie Tour philosophy: every prize was developed in order to support the carrier of the most talented athletes of the event and help them to become tomorrow’s stars of freeski.

First of all, the 2019 World Rookie Tour Freeski Champions, male and female, will be invited to join to the legendary Audi Nines, which will be held in Sölden, Obergurgl-Hochgurgl, Austria, from April the 22nd to April the 27th 2019.

Moreover, the strongest skiers will be awarded with prestigious prices offered by the WRT sponsors and partners such as: invitations to the World Rookie Tour Shooting to be held in Les 2 Alpes, France, from the 10th to the 13th of July 2019, an invitation to the Rookie Trip in the South Hemisphere, 6 surf trips to Santander by SurftoLive.com,  and many goodies by Level Gloves, TSG Protections and FATCAN poles.

Furthermore, the male champion will be invited to join the Völkl Freeski Team with an official rookie sponsorship program to support the beginning of his professional carrier and the best groms will win a sponsorship by FATCAN.

However, the program of the 2019 World Rookie Finals freeski will include not only the slopestyle contest but also also many lifestyle activities such as social dinners, and the “Knödel” and the “Schuhplattlen” workshops where rookies and groms will get in touch with the South Tyrol culture and learn how to make a traditional dish and dance.  The event program also includes a final party and a photo-shooting day to create the typical taste of every World Rookie Tour event.

Last but not least, the World Rookie Tour establish an end of season important partnership which will increase significantly the 2019 World Rookie Finals prizes:  all the 2019 rookie champions, snowboard freeski, male and female, will be awarded with a personal spot for the 2019.20 FIS World Cups. 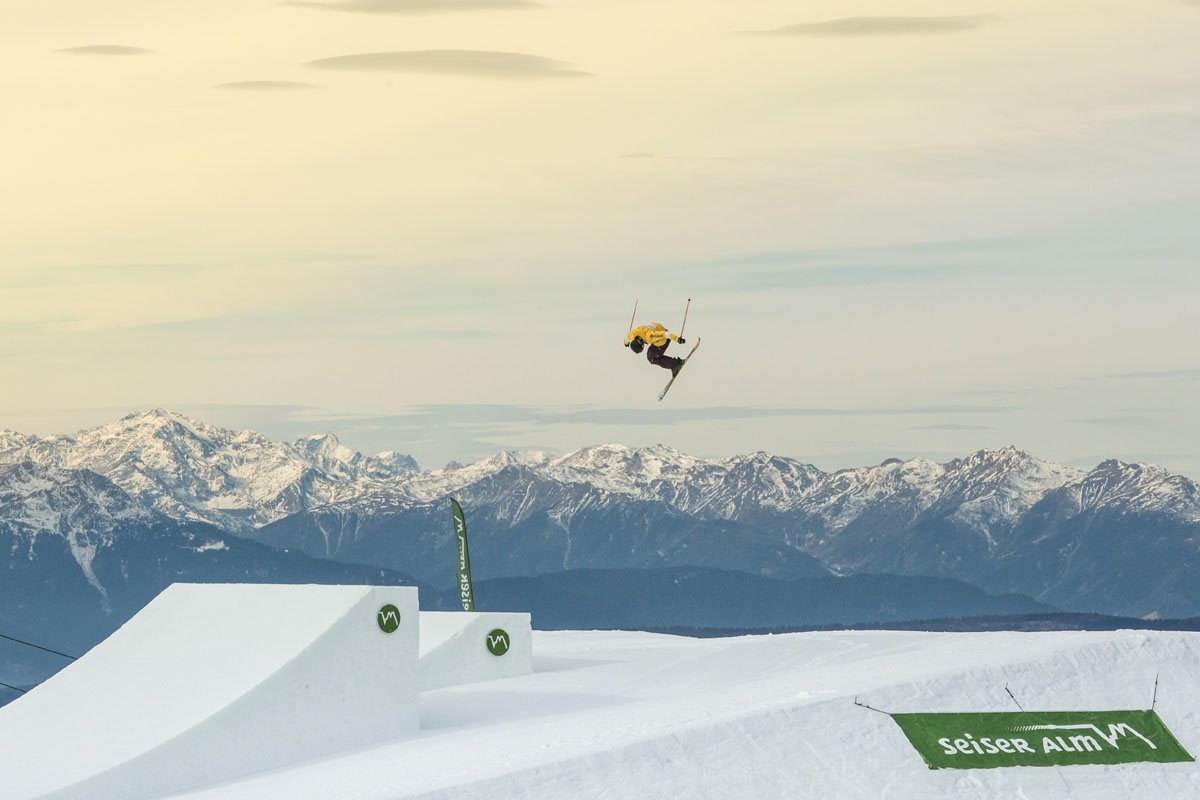 NOTE:
– pre-registration and check-in will be possible also on Sunday the 17th March.
– in case the number of registered athletes will exceed the 100, the organization will evaluate to change and/or extend the event program with one extra day.

ENTRY FEE AND ALL INCLUSIVE ACCOMODATION PACKAGES
The Seiser Alm Touristic Board and WRT Organizing Committee offer all-inclusive packages which include:
– 3 nights in three stars hotel (double room and half board) check in 18/03, check out 21/03;
– 3 days lift tickets from 19th to 21st of March;
– competition fee (only for athletes);
– welcome kit, event pass to all areas and participation to all lifestyle activities.

Cancellation policy: for no-show not communicated at least 5 days in advance a penalty of the full amount of the hotel reservation will be charged to the national snowboard association or team.

IMPORTANT ABOUT ACCOMODATION BOOKINGS: if you have any special request for your accommodations such as check in and check out in different days, additional lift tickets and special rooms just contact us and will take care of your requests. 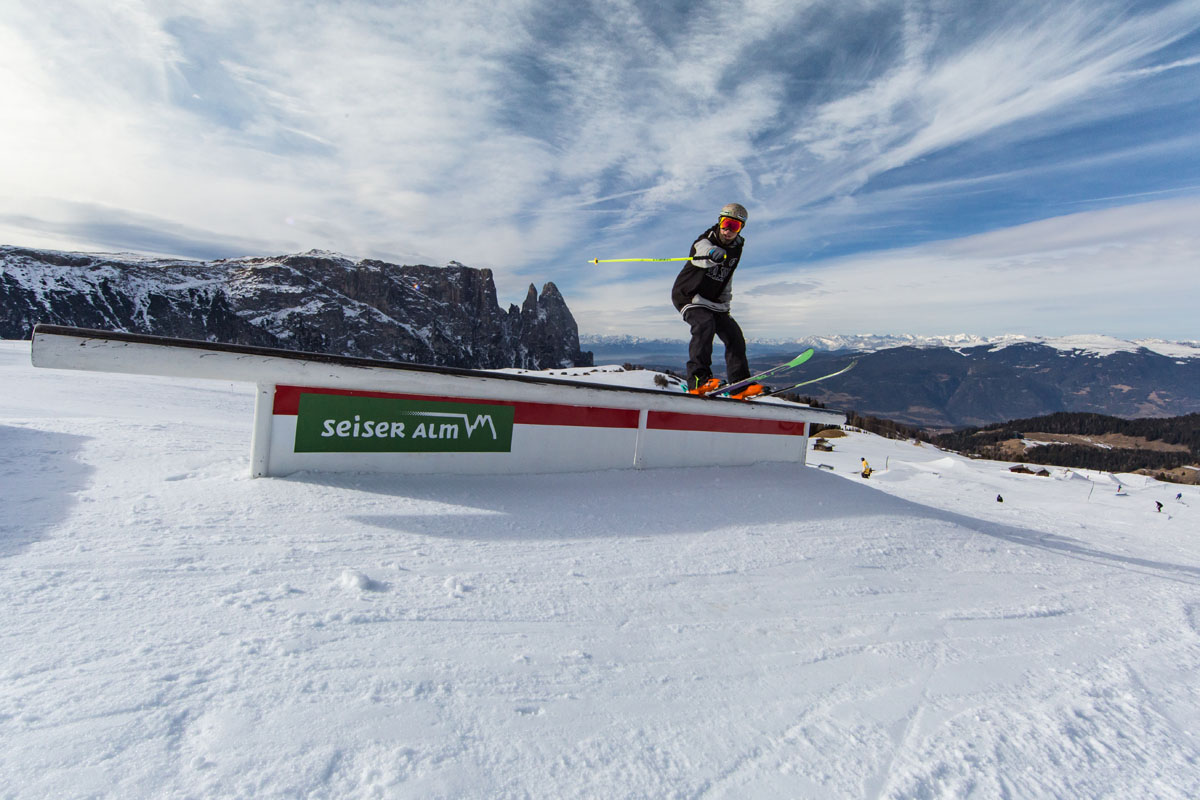 QUALIFING CRITERIA FOR THE 2019 WRT FREESKI FINALS IN SEISER ALM
– All the podium athletes on the previous World Rookie Tour Freeski events held in Keystone (USA), Kronplatz (Italy) and Innsbruck (Austria), male and female, rookie and grom, are entitled to participate in Seiser Alm.
– All the top athletes of the official qualifying national series (such as Italian Freeski Tour, South Tyrol Slopestyle Tour) male and female, groms and rookies, are entitled to participate in Seiser Alm.
– Every national ski association and/or national freeski team, is entitled to assign up to 10 wild cards to his selected athletes.

What are you waiting for?
Join the World Rookie Finals Freeski and register now: your professional carrier will start in Seiser Alm!

Click here to find all the info about program and booking.

Download here the registration form, fill it out and sent it registration@worldrookietour.com.