From the 13th to the 16th of March went down the second edition of Pila Rookie Fest. Riders and coaches from Italy, France, Russia, Poland, England, Iceland, Romania and Finland gathered at Pila, Italy, full of enthusiasm and willingness to show their best. Areaeffe Snowpark was perfectly shaped and offered a great setup which consisted of a down rail, a donkey rail, a up rail, a shoot out (pull jam) and three kickers (medium and big). Moreover, besides the slopestyle competition, all the participants had the chance to visit Fénis Castle and to get in touch with the local culture and to do an avalanche security clinic to learn how to have fun safely. 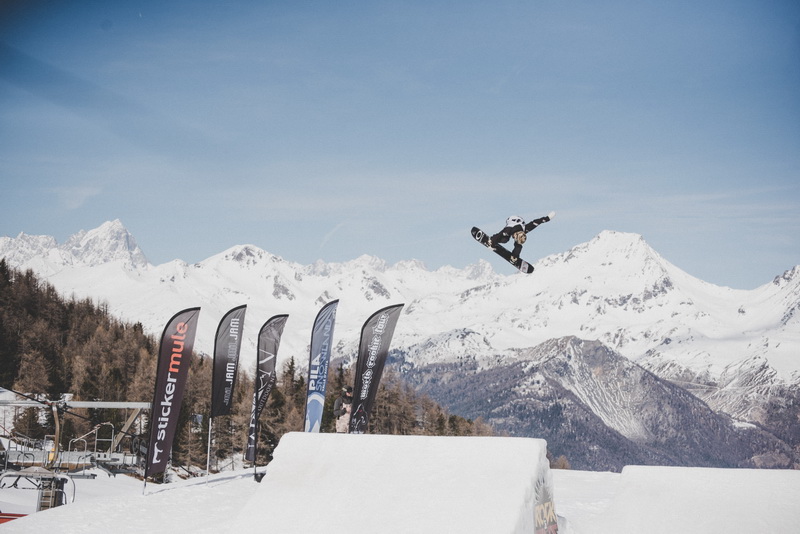 The Pila Rookie Fest finals took place under a bluebird sky and riders put all their best to convince the judges, conquered the podium and win a spot in the World Rookie Finals which will take place very soon, from the 25th to the 30th of March in Kitzsteinhorn – Zell Am See – Kaprun, Austria. 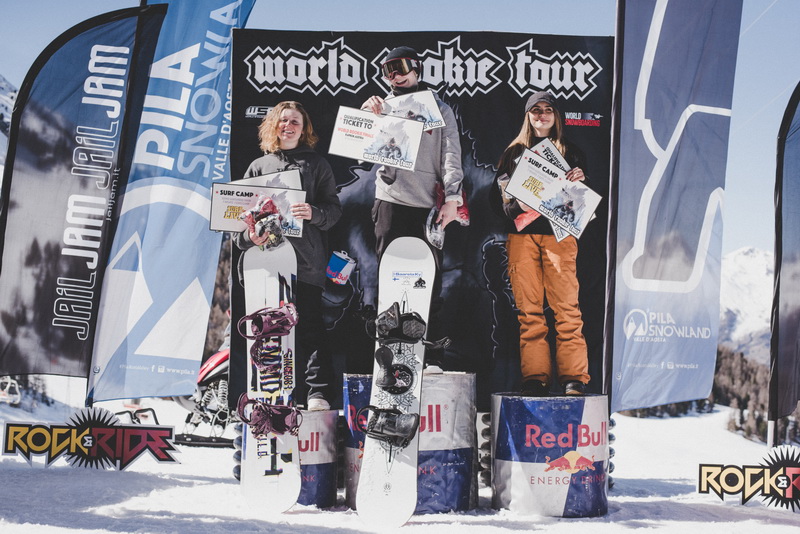 The girls started first and Saarela Enni (FIN) conquered the highest spot of rookie podium with her run which included: a 50/50 frontside 360 out on the first rail, a 50/50 backside 180 out on the second rail, a cab 180 on the first kicker, a backside 360 tail grab on the second kicker and a frontside 360 indy grab on the last one. Enni won on two riders: Pizzuto Matilde (ITA) and Vachet Gaia (ITA). In the grom category, Poluzzi Marilù (ITA) arrived first, Fennel Amber (GBR) second and Olejniczak Emma (FRA) third. 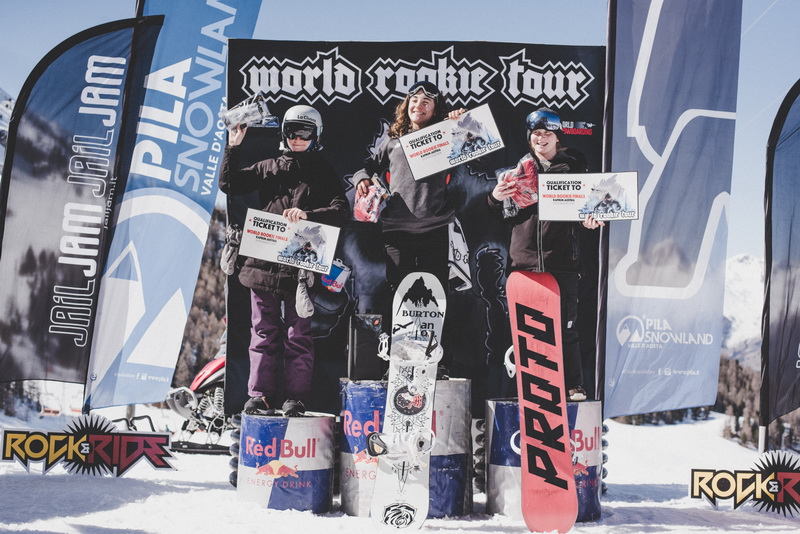 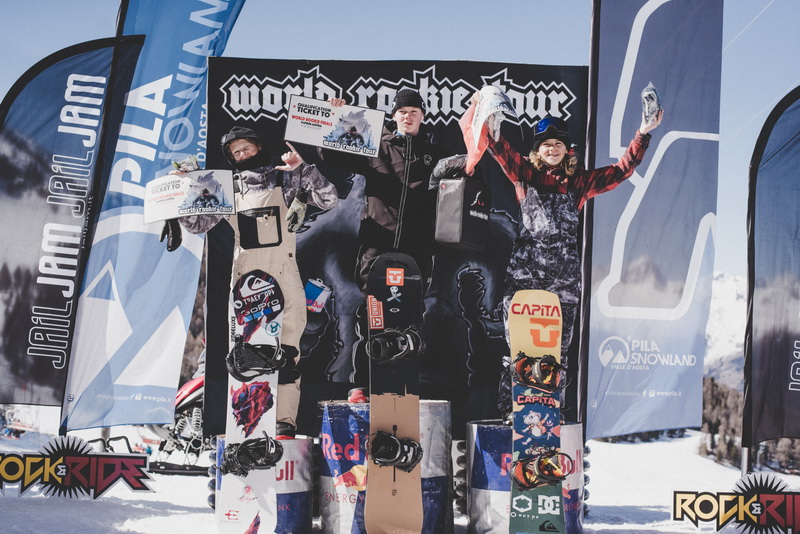 Adams Gabriel (GBR) dominated the rookie boy’s podium and won the Pila Rookie Fest by Rock and Ride Champion title thanks to his incredible run formed by: a switch blunt 270 out on the first rail, a cab 180 in to backside 720 out on the second rail, a frontside 720 on the first kicker, a backside 900 on the second kicker and a cab 900 on the last one. Gabriel was followed by Smith Ethan (GBR) and Hietikko Jere (FIN). 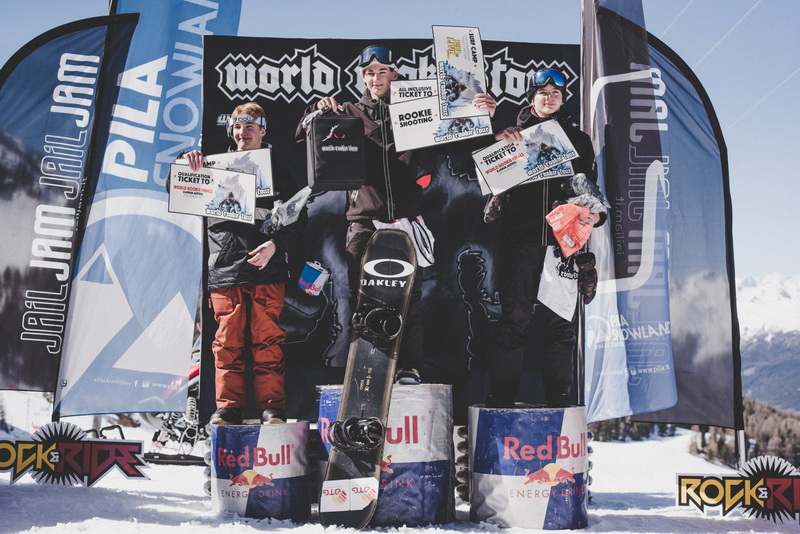 Good job riders and congratulations to all the winners! See you at Kitzsteinhorn – Zell Am See – Kaprun!

Check out the event results here below! 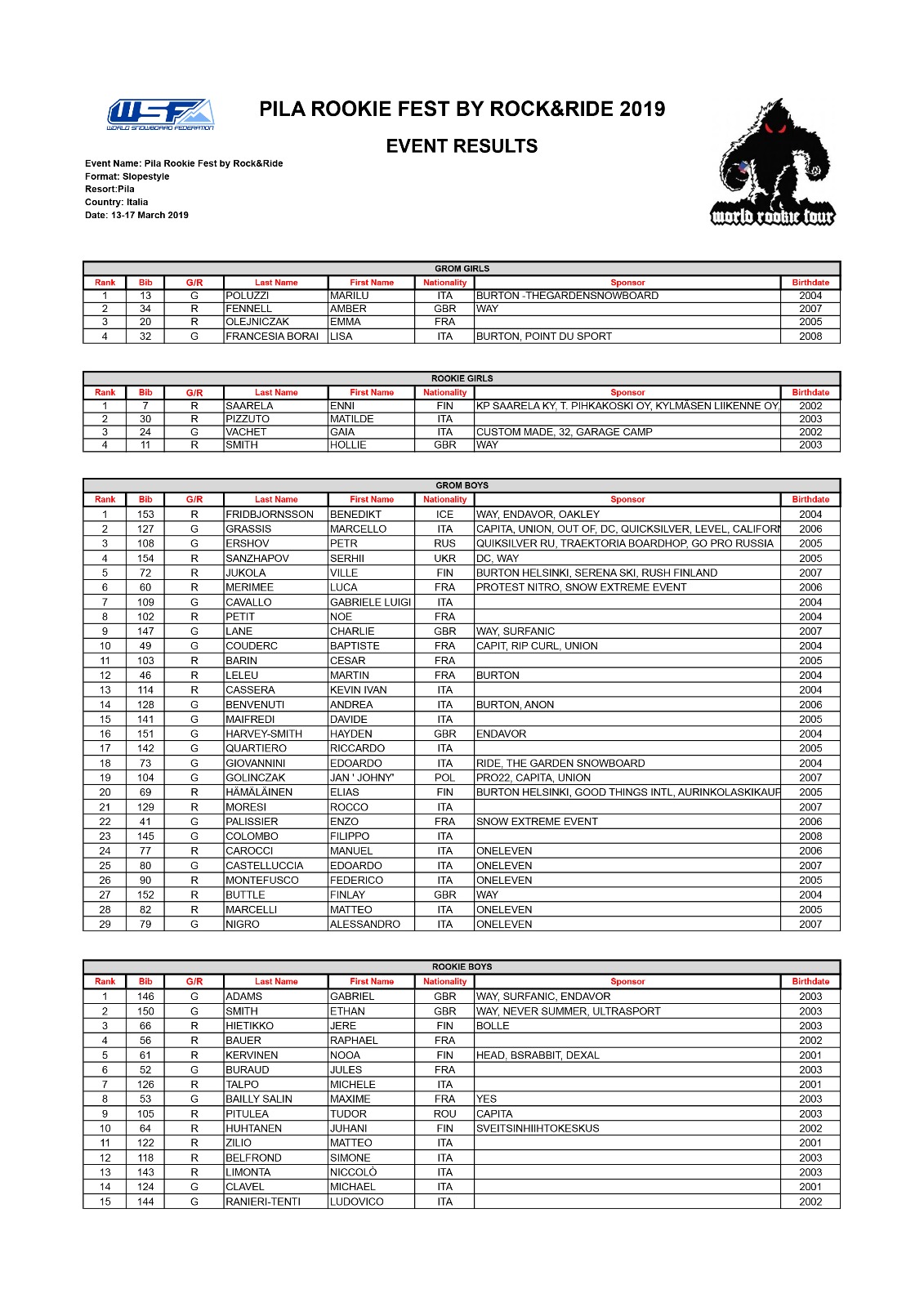