Unfortunately the upcoming WRT event in Valle Nevado, Chile, the 2019 South America Rookie Fest is cancelled because of the poor snow condition. Snow falls in the last weeks were not enough to build the snowpark and, according to the forecast, no snowfalls are expected in the next 7 days.
The event will come back in August 2020. 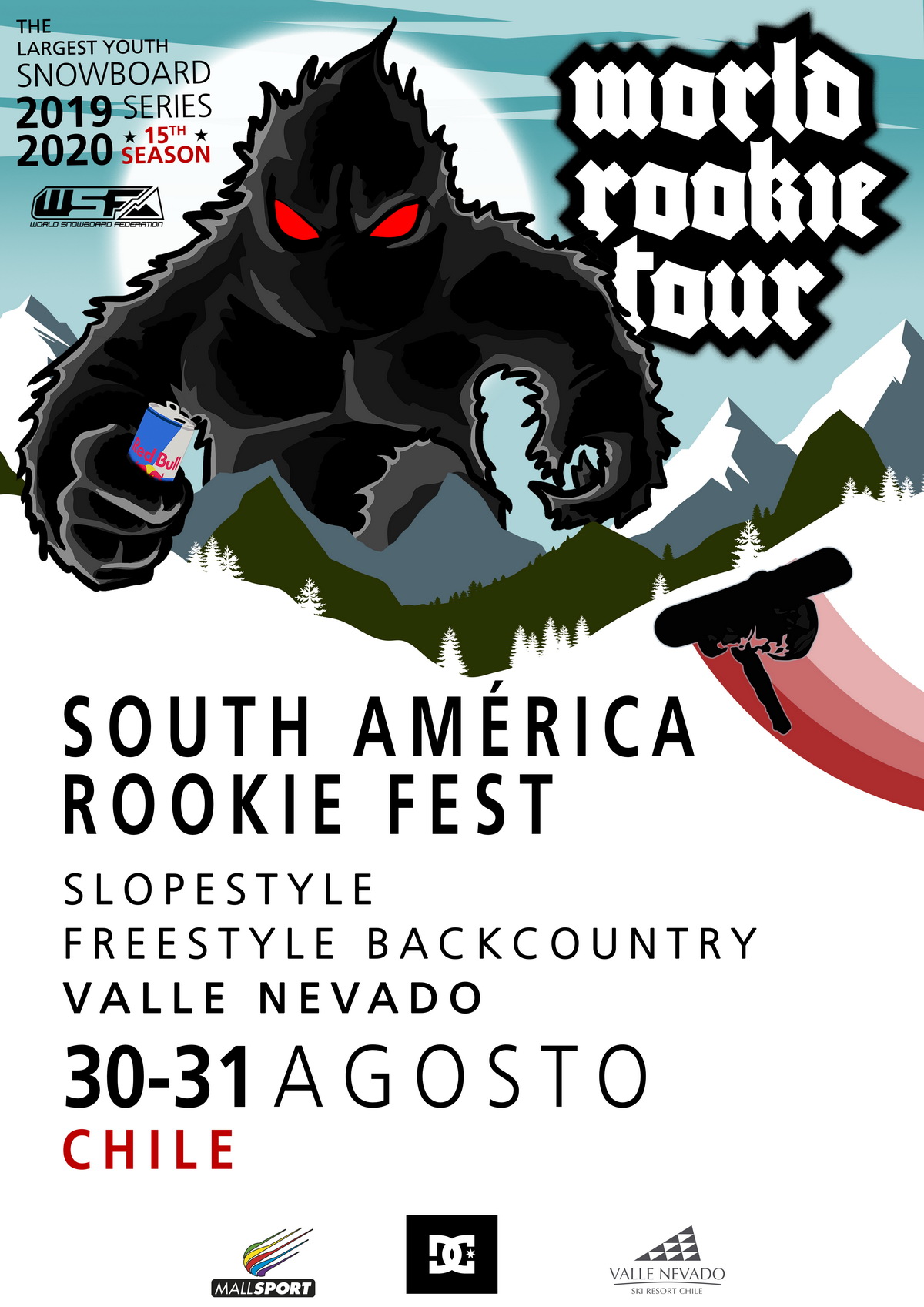 After the kick-off event in Les 2 Alpes, France, with the first edition of the multi sport “Summer Rookie Jam”, the Black Yeti moves to the Southern Hemisphere for the annual events in Chile and New Zealand.

NZ Freestyle Open Rookie Fest
Cardrona are stoked to host once again, the 2019 NZ Freestyle Open Rookie Fest! The event is a FIS Continental Cup and a WSF World Rookie Tour event including slopestyle freeski & snowboard competition. The partecipants will collect FIS points and will have the change to qualify for FIS World Cup events. Moreover the riders will get points for the World Rookie Rank and all the podium athlets will be automatically qualified for the 2020 World Rookie Finals in Kaprun, Austria, for snowboard finals in halfpipe and slopesyle, and in Seiser Alm, Italy, for Freeski Slopestyle finals.
The program of the slopestyle competition will include qualifications on Wednesday 14.08.2019 and Finals on Thursday the 15.08.2019.

Cardrona Alpine Resort is New Zealand’s most popular ski area, attracting all kinds of snow enthusiasts, from beginners & families, to Olympians & X Games athletes. Take a short drive from Queenstown or Wanaka tand you will be welcomed with the genuine Kiwi hospitality to NZ’s ultimate winter playground. 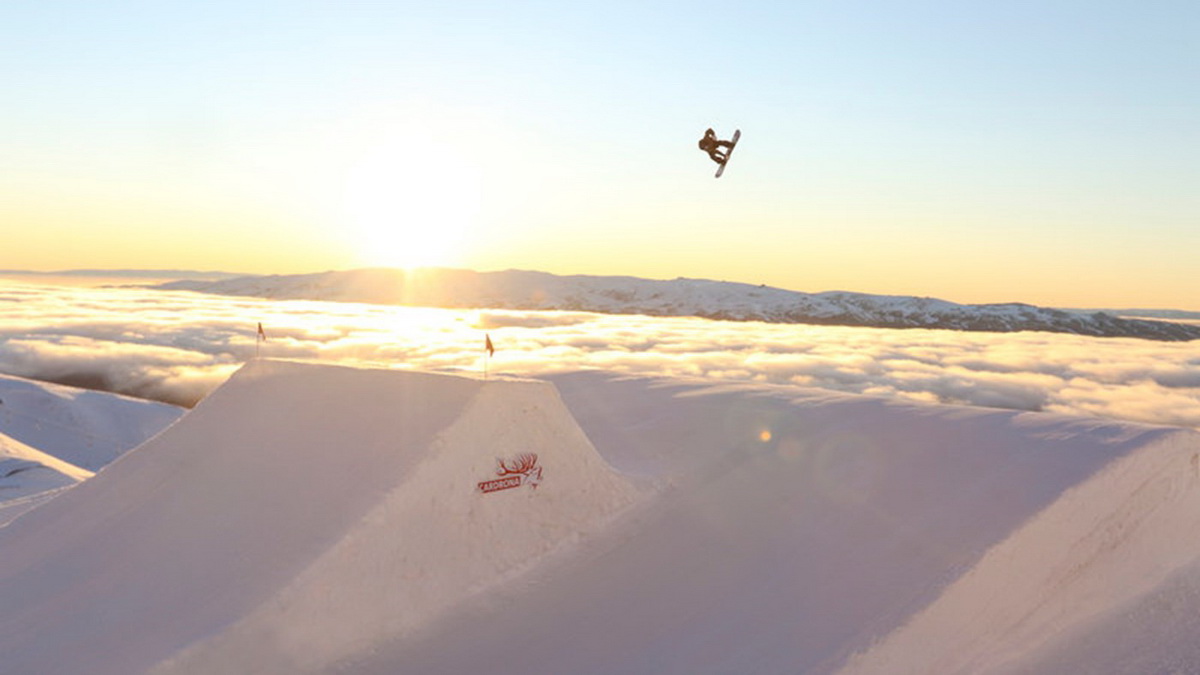 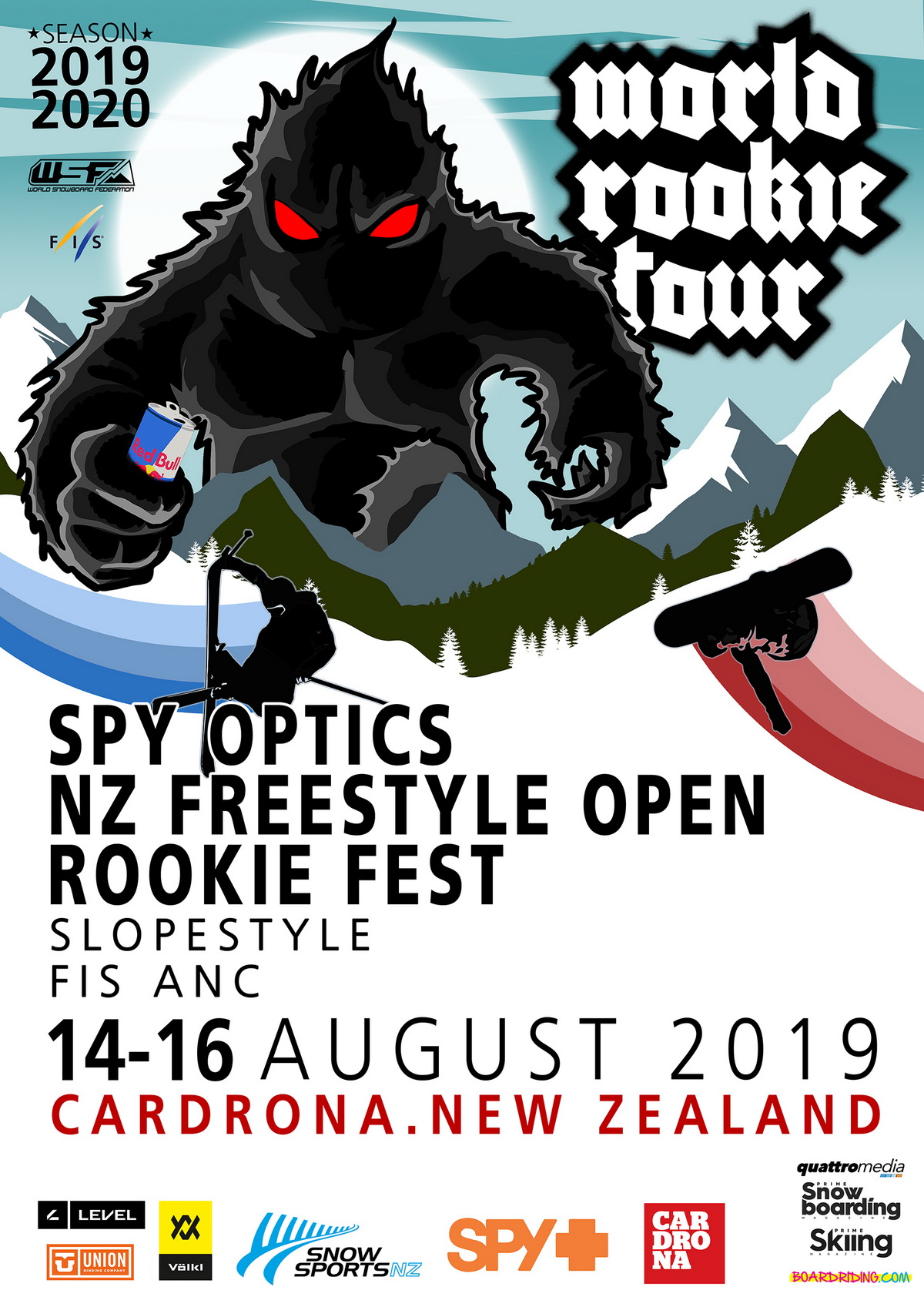 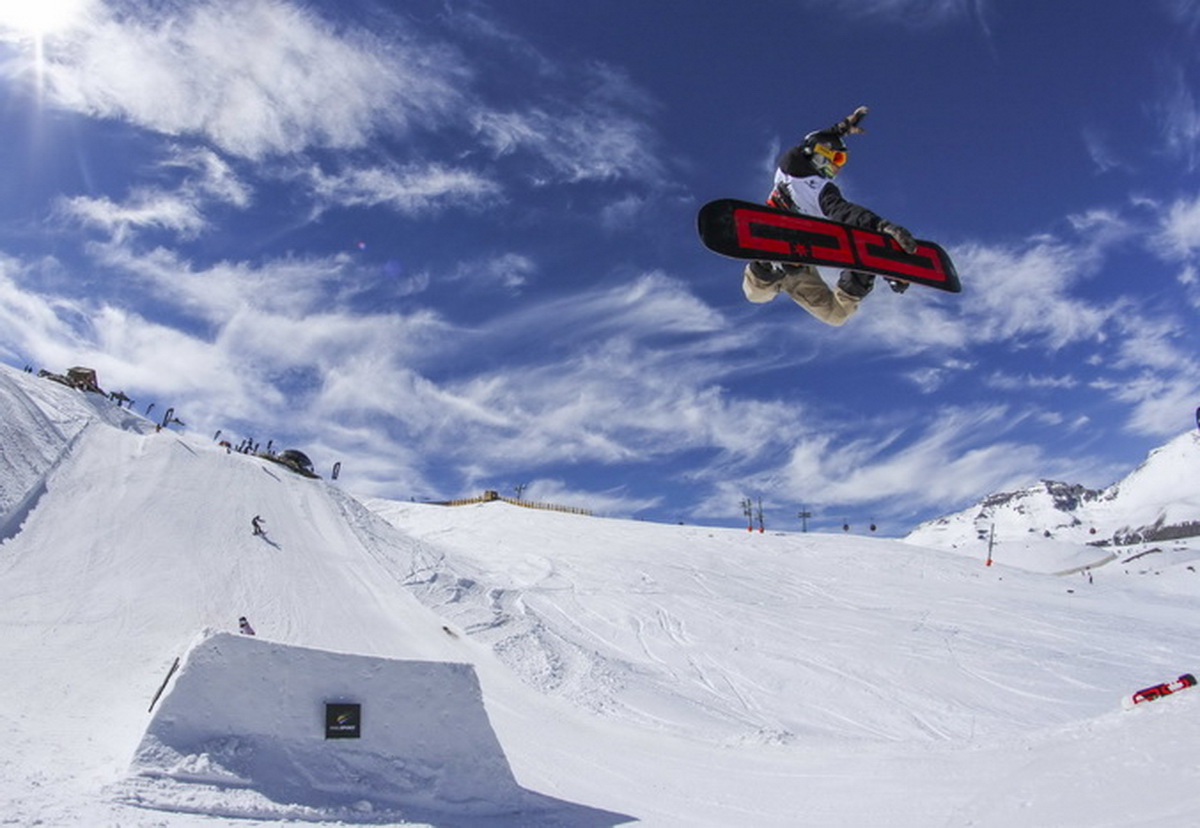 South America Rookie Fest was a full event of action packed activities surrounding a slopestyle contest: surfing on the beach, skateboarding in the beautiful city of Santiago, an exciting powder day and another awesome surfing day in the Mall Sport wave house. Special thanks to the sponsors Mall Sport, DC Shoes, Valle Nevado, Santa Pizza and Red Bull.

Photos of the 2016 South America Rookie Fest are available on the WRT Facebook Fanpage:
https://www.facebook.com/worldrookietour/photos/?tab=album&album_id=1282288018450683

For the sixth year in a row the last weekend the World Rookie Tour shredded down to Cile for the South America Rookie Fest 2015 in Valle Nevado, thanks to Mall Sport & DC Shoes. With the participation of the best rookies of Chile, Argentina and Brasil, and the invited World Grom Champion in charge Wendelin Gauger, another great edition of this unique event went on. The rookies enjoyed an amazing life experience meeting new friends from different countries, learning different cultures and living the true boardsports lifestyle. After the competition a sick skate session went down in the Mall Sport skatepark, right after a super fun sesh in the Artificial Wave of the Mall, and thanks to Santa Pizza a dinner for all the talented, young riders, future stars of the chilean snowboard scene, ended the night. But there is more. Some of the invited riders joined the World Grom Champion for a snowboard, surf and skate trip around Chile.

There’s nothing better than seeing those kids having a great time and enjoying all the activities of the event. The rookies also had the opportunity to share some time with the snowboard legend Bryan Iguchi and the pro snowboarder Tomi Materi from Argentina, they will never forget the time and things they learned from this experience. The Black Yeti and his Rookie Fest events will go down under in South America and Australia for the summer leg of the World Rookie Tour.

The search for next snowboarding future stars is starting again as the Black Yeti follows the snow and the winter to the Southern Hemisphere and is ready to kick off the World Rookie Tour 2014/15 in Valle Nevado, Chile, and in Thredbo, Australia.

The new WSF World Rookie Tour season will start with the 2014 South America Rookie Fest from the 8th to 12th August, in Valle Nevado, Chile, one of the most incredible event hosting the Black Yeti and his youngsters. The Chilean top quality ski resort Valle Nevado will hosted already 4 time the SARF offering to promising future snowboarding talents in South America a program with a WST slopestyle contest, freeride experience with pros, skate and surf sessions and cultural activities such as a tour in  the capital city of Santiago and a visit to the city of Valparaiso, an Unesco world heritage. USA, Asian and European riders will compete with top South American rookies for a ticket to the 2015 World Rookie Fest in Livigno and to the 2015 Volkl World Rookie Finals in Ischgl.

Watch the video edit from the backcountry day at the 2013 South America Rookie Fest here https://vimeo.com/77527769.

For registration, booking and questions, please contact Arnau Fernandez arnau23@gmail.com.
Special deals for accomodation are reserved for riders, parents and coaches. Riders will get free lift tickets during the days of event.

For the fifth year in a row, the Black Yeti hits Down Under for the 2014 Australian Rookie Fest. The 2 Star WST slopestyle event will take place from 22nd to 23rd  August 2014 in Thredbo, Australia, where some of the world’s best young shredders will fight for amazing prizes as all podium riders will be qualified for the 2015 Volkl World Rookie Finals in Ischgl Austria and the male and female Rookie winner will also receive all inclusive entries to the event.